Lunch and Learn: The Art of Truman Seymour 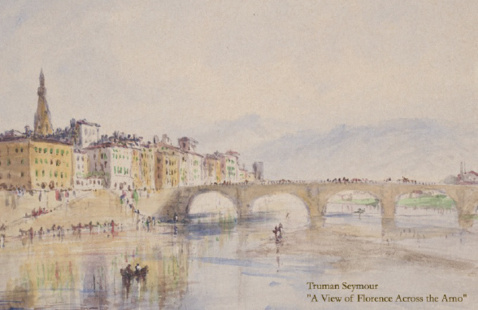 The Sullivan Museum and History Center will present a Lunch and Learn presentation on “The Art of Truman Seymour.” Born on September 24, 1824, in Burlington, Vermont, Truman Seymour began his military career after attending Norwich University for two years before enrolling in the United States Military Academy in 1842. At West Point, Seymour established himself as one of the most talented artists in the academy’s history under the tutelage of Robert Walter Weir. Seymour proved an accomplished warrior as well, serving with distinction during the Mexican War. In 1850, he returned to West Point to serve as an assistant professor of drawing under Weir. He served in the Union Army during the American Civil War, rising to the rank of major general. He was present at the Battle of Fort Sumter and commanded the Union troops at the Battle of Olustee, the only major Civil War battle fought in Florida. Seymour moved to Europe after retiring from the Army in 1876 to pursue his passion for art. Seymour toured England, France, Spain, and Italy, befriending various European artists along the way. Seymour filled his sketchbooks with scenes of the exotic places he visited and painted numerous watercolors. His health failing, Seymour made Florence his home in 1885. Upon his death, he was buried in Florence’s Cimitero Evangelico degli Allori.