Lunch and Learn: Pageantry, Patriotism, and Public Consent: The Allied War Expositions in 1918 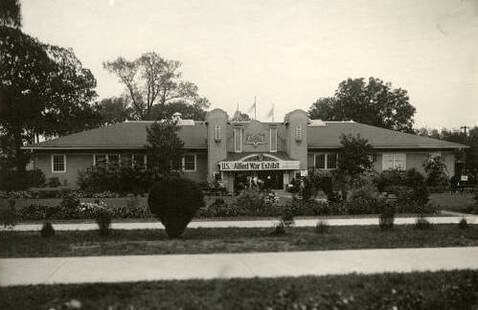 On March 15, 2023, Joshua Fulton, Associate Professor of History at Moraine Valley Community College, will present “Pageantry, Patriotism, and Public Consent: The Allied War Expositions in 1918” for our Spring 2023 Lunch and Learn Series. Fulton’s talk will complement our exhibit For Freedom’s Sake: The Art of Propaganda During World War I and World War II which combines our extensive propaganda posters collection and objects from the World Wars. This program will be co-sponsored by the Norwich University Archives and Special Collections which has a collection of over 200 photographs from the Allied War Exposition.

The Allied War Exposition was a traveling exhibit sponsored by the U.S. Government Committee on Public Information during World War I. The exposition was intended to encourage support for the war and educate the American public about aspects of the war effort and included different exhibits illustrating the war efforts and activities of Allied countries, including the United States, Great Britain, France, Belgium, and Italy.