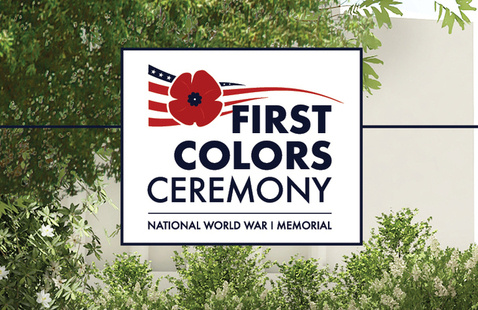 As the Vermont representative on the U.S. World War One Centennial Commission, the Sullivan Museum and History Center would like to bring to your attention the Inaugural Raising of the Flag over the National World War I Memorial.

The United States honors the American veterans of every major war of the 20th century with a national memorial in Washington, D.C., except the veterans of World War I.

The centennial of the war from 2014 to 2018 provided the opportunity to give long-overdue recognition to Americas 4.7 million sons and daughters who served in the Great War. Those women and men served with the same valor and courage as the veterans as those later wars, and the nations sacrifice was great204,000 Americans returned home wounded and 116,516 did not come home at all.

As a culmination of the centennial commemoration of the U.S. involvement in the Great War, the U.S. World War One Centennial Commission decided it was time to honor the heroism and sacrifice of the Americans who served with the creation of a National World War I Memorial in Washington.

Join them as they raise the inaugural flag at the National WWI Memorial featuring award-winning actor Gary Sinise. This virtual ceremony will be live-streamed so that guests may join from the comfort of their homes. The link to the live broadcast will be provided to guests who RSVP. This event is free and open to the public, and you can register at the link below.

This program is being produced by: The United States World War One Centennial Commission, The Doughboy Foundation, and the Pritzker Military Museum Library.