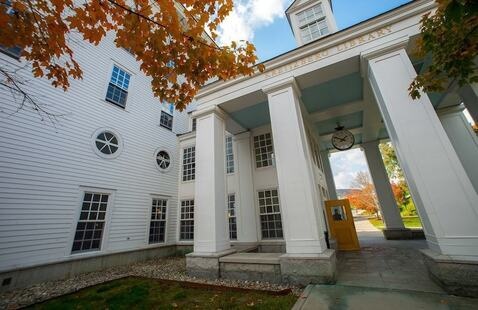 “Axe One, Scream One”: Shakespeare as EC Comics Horror

Department of English and Communications

In 1950s America, the EC horror comics line deliberately repulsed authorities with grotesque imagery, bloody plotlines, and – as I will show – Shakespearean allusion.  But what is the role of the most famous English playwright in a world of killers, cheaters, and monsters? Why make jokes in titles like “Seep no More!” or with a killer dog named Hamlet? Even when you try to get away, you’ll find Shakespeare waiting, with a meat-cleaver hidden behind his back, representing something much more sinister than artistic greatness.

KYLE PIVETTI is Associate Professor of English. His books include Of Memory and Literary Form: The Making of Nationhood in Early Modern England and Shakespeare at Peace, co-authored with John Garrison of Grinnell College. His research in memory, literary culture, and nationalism has been featured in Shakespeare; Studies in Ethnicity and Nationalism; Modern Philology; and Explorations in Renaissance Culture. He also likes anything with a good monster or a pun in the title.